Bear Hands has announced that they will be joining WALK THE MOON for their Winter 2019 Tour. Tickets on sale now HERE.

* With WALK THE MOON 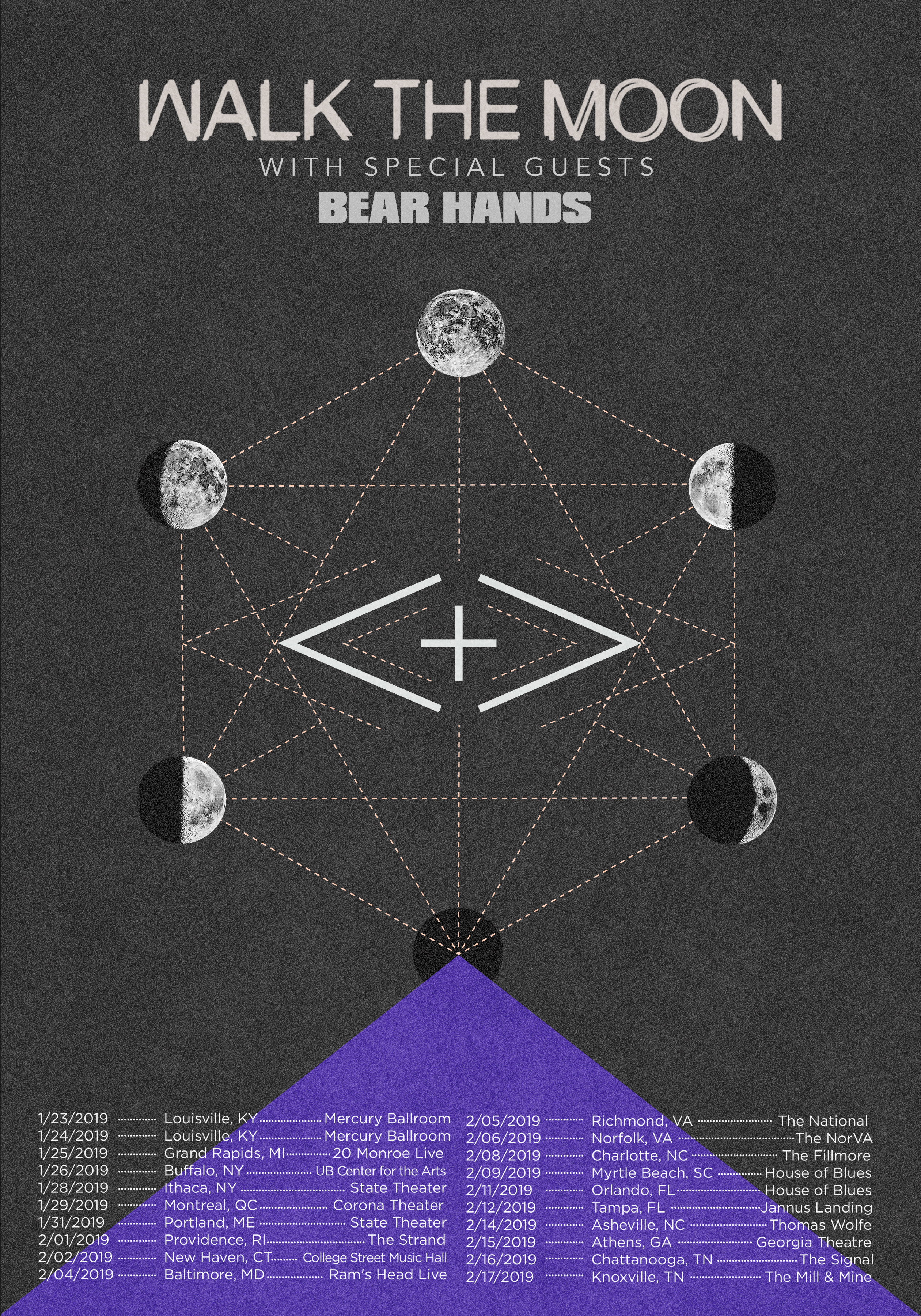